Carbon dioxide (CO2) is the main actor among other greenhouse gases. The human activities are greatly responsible for the emission of CO2 into the atmosphere. They emit the CO2 when they burn fossil fuel such as coal, oil and gas. The fossil fuel is burnt for the generation of electricity, transport, and heat. One of the, another very dangerous activity, the burning of trees results in emission of CO2 when we clear land for farming.

Another important factor of the greenhouse gases is nitrogen oxide (N2O). It is mostly produced by the use of artificial fertilizers in farming. Methane (CH4) is produced by the rotten waste and farm animals and it is also the main ingredient of natural gas so may be emitted by the oil and gas industries. The other element of greenhouse gases is the fluorinated gas which is used in fridge and air conditioners.

Greenhouse gases are also produced by the natural processes such as, CO2 is emitted by the soil, volcanoes and wild fires but scientists are in doubt that the frequency of naturally occurring greenhouse gases increasing because of because of human activities.

Now it is no longer the natural world we are living in. We have changed every part of the Earth’s environment. In turns the atmosphere is behaving in abnormal way too. The impact of global warming is already happening in Africa, Europe, Asia, Australia, North & South America, Polar region and small islands. The major areas where the global warming has pronounced affects are water and energy. The scarcity of water is increasing with the highest rate ever and the problem of energy crises also griping the states in every continent. The unprecedented anthropogenic activities have transformed the whole paradigm of the human needs which leads us to the un-noticed an000000000000....d non-recoverable destruction.

3. Objectives of the Study

There are two main objectives of this study. First is to identify the rationalize plan of action that would help in dealing with water scarcity issue in UK as the drought already poses the substantial threat to the UK agriculture, infrastructure and social cultures. Second is to identify new policy options to mitigate the risks of large-scale power cuts in United Kingdome as the growing demands of fuel from China and India may diminishes the UK ability to access the gas and oil as affordable prices.

The key areas are highlighted with the following policy questions:

In 1992, almost every country in the world signed the United Nations Framework Convention on Climate Change (IPCC). Since then, countries have met every year, to discuss action on climate change.

The Fourth Assessment Report Working Group I (WG1) of the Intergovernmental Panel on Climate Change (IPCC, 2007a) has concluded that ‘Warming of the climate system is unequivocal’, and that ‘discernible human influences now extend to other aspects of climate, including ocean warming, continental-average temperatures, temperature extremes and wind patterns’. The broad range of impacts of climate change (IPCC, 2007b) include effects on agriculture, fisheries, desertification, biodiversity, water resources, heat and cold related mortality, coastal zones and floods. These are increasingly linked with significant economic damages, and consideration of these costs is increasingly helping to inform the policy debate (Stern Review, 2006).

All countries have committed to launch a new climate agreement in Paris at the end of 2015. A Paris agreement would set climate action beyond 2020, either for 2025 or 2030. Countries set up the Green Climate Fund in 2009, to transfer green public funds for tackling climate change from developed to developing countries. A significant portion of $100 billion that developed countries have committed in 2020 will be channelled through the Green Climate Fund.

The impact of limited climate change in the countries located in higher latitude can be very positive as the average temperature in these countries remains below 5 degree Celsius. The global warming may bring the temperature of these countries to a normal value which may enable the land for agriculture and milder winter may reduce cold-weather deaths. The crop may grow faster as the duration and intensity of photosynthesis process may increase because carbon dioxide is a vital ingredient in the process of photosynthesis, which plants use to grow. The global warming may help in melting the Arctic ice and allow the ships to pass through Northwest Passage which will prove great shortcut between the Pacific and Atlantic Ocean. Moreover the chances of fishing will also enhance and the Greenland economy will improve for sure.

There are large numbers of weaknesses associated with the Global warming the most important are explained below: 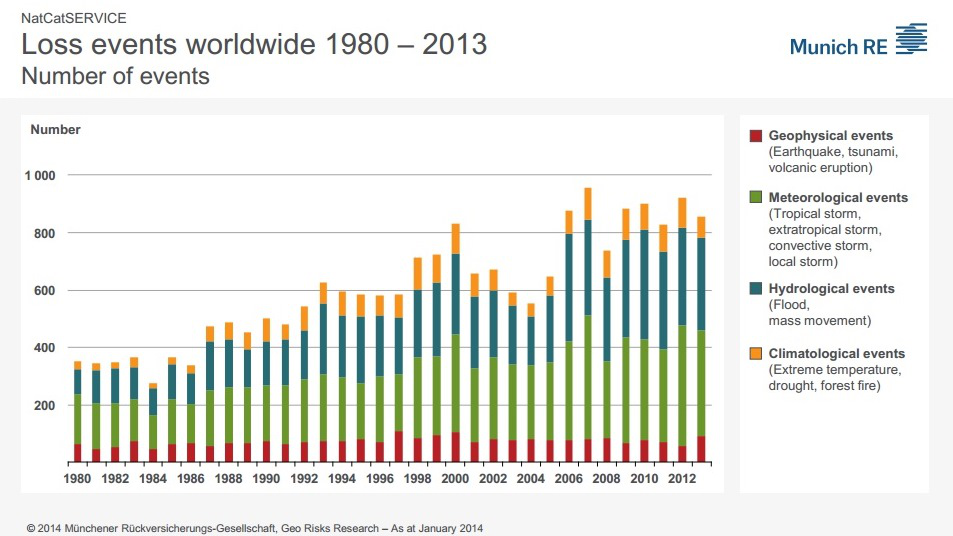 Find Exactly What you Require

Take a look at our wide variety of dissertations
and find the one that you need.

The opportunities associated with the Global Warming are not very large in numbers but it does exist. Christopher B. Field, the co-chair of IPCC said “The Climate change can not only help us to deal with Climate change but ultimately build a better world”. According to the government report Climate change brings the great opportunity for the UK businessman as it and countries around the world are increasingly hit by extreme weather. The developed countries exploit the high temperature condition and introduce the innovations using new technologies and come up with the amazing solutions. The natural disasters, like flooding 2011 in Thailand, are enabling the countries to develop their strong management system as Thailand developed its flood and water management. Business opportunities like this are always associated with such events. 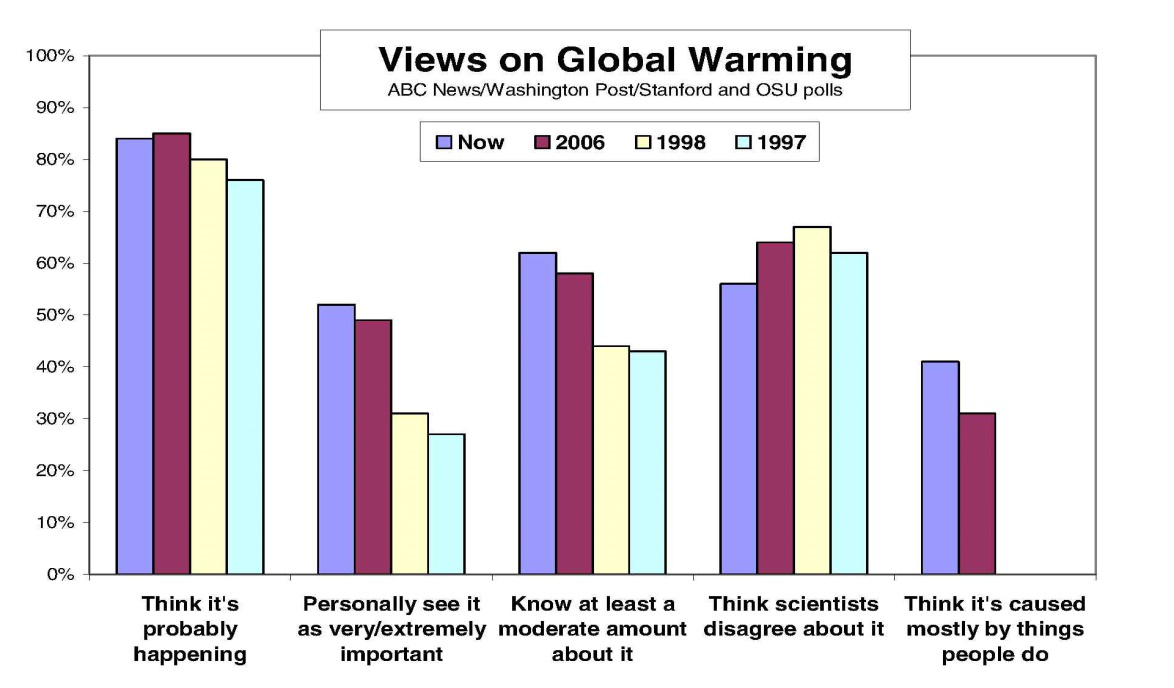 There are some very important steps every government need to take to mitigate the situation developing because of the Global warming.

The use of fossil fuel in generating energy, running the industries, transportation and agricultural machineries need to be cut off to minimum. The use of latest technology can help in lowering the greenhouse gases emissions. The hybrid cars are good addition in the transportation industries and it needs to be made available to general public. The hydraulic dams should be used for the electricity generation. The power generation companies running on the coal, petrol or gases needs to be shifted to electricity which are made from hydraulic or other alternative energy sources.

Instead of completely relying one source like coal or oil other sources also needs to be utilized like solar plants, wind mills can positively contribute to the present situation. The use of latest technology in generating the energy from solar panels should be made the center of attention.

The meteorological offices nowadays has the large number of automated recorded data sensors which can provide the detailed statistical data about the past and number of computer software are available to extrapolate that data and analyze the expected situation in future. The quantitative data may serve the purpose better. The Global Forecasting Models performances are very much reliable nowadays and hundreds of models are run multiple times on daily basis to produce forecast.

d). Contributing parties to the research

The professional meteorologist, students, professors or universities and officers of national disaster management cells are the people who are directly involved in daily weather monitoring, research or observations. They can contribute very well to the existing situation and may greatly help in devising the policy for future.

National government have huge powers to cut the carbon emissions. They set the national law, standard and guidelines which drives decisions by local government, businesses and citizens. The anthropogenic activities of human are the great responsible for polluting the Earth’s environment. The life style of each individual also contributes towards the global warming. The shift towards the artificial culture is another great challenge which needs to be overcome. The burning of fossil fuel needs to be restricted to its minimum and plantation should be enhanced worldwide.