Business law should be followed by organisation in order to run their business smoothly ad effectively. The report will cover English legal system structure and different sources of laws and Role of government in making laws and application of statutory and common law. The impact of employee’s obligation and legislation on business and appropriate legal solution with justification in context of CP will be discussed in this report. Finally the report will demonstrate alternative di

The civil law considers court of appeal and justice. It can be said that UK does not have any separate legal system that it is formulated by the past political unions which is developed and improved as an independent country efficiently. In addition to this, there are three legal systems applied in UK at a particular geographical area. Common law is managed and controlled by present judges.

Common law: This law is based on ethical customer. It is also considered as an ancient law which is applied in England. The results are identified by the judgements made in courts.

Law from the EU: These are the common laws managed and controlled by European Union countries and associated with regulation and rules followed by businesses in their operational activities in European markets. Law from EU such as Employment Act, Trade union act and rules for import and export.

Statutes: Statutes are used for UK parliament laws in order to formulate and develop effectively. The statutory and statutes are originated with UK parliament. Drafts and bill proposal is provided to parliament first, after then it is sent to the royal assent for passing and approval.  For an example, Employment Rights Act 1996 is associated with statutory law.

Civil law: These laws are made for the local people in order to find any discrimination and wrong commitment from any firm. The civil law manage cases less than £25000 and assess injuries less than £50000.

Legislation: These are created by legislature and also a crucial part of act of parliament based on UK parliament. House of Lords and House of Commons are considered in UK parliament that there are 650 members involved in house of common and each one defines a geographic constituency effectively.

In order to make an effective application of statutory laws, the businesses should follow all the rules and legislations formulated by the government. These are made for the purpose of solving issues and conflicts between business, society and customers. This shows the requirement of managing statutory laws under a reform observation. The statutory laws documents are also known as government provisions and bill.

Here is the process described below for approving a bill to pass it to become an act of parliament:

First reading: Bill is read for the first time and the process begins with House of Commons which act as a proposal of bill.

Second reading: In the second reading, provision and proposal of bill is discussed by MPs and peers. If any controversy arises then the bill is passed to House of Lords without making any voting process.

Committee stage: The voting process helps parliament members in order to make changes in the bill accordingly to achieve approval from accent of MPs.

Report stage: The changes are reported to the parliament members and they provide relevant suggestions and opinions on bill. Who are not involved in the previous stage are also able to giver suggestions for making any further changes.

Third reading: Debate and discussion on bill is made by MPs to assess changes made for bill in order to submit as final submission.

Conversion: The final stage, where the bill is approved by both houses gets an approval from royal accent. In addition to this, royal accent give final submission on bill with the help and advice of ministers.

Application of statutory and commercial laws: Public and private bill helps government to apply statutory laws in terms of act or law. Law enactment is made by government in order to manage and control operational activities. In addition to this, commercial laws are applicable for two or more than two businesses, customers and nation effectively. Sales and Goods act 1979; Companies Act and Employment Rights Act such are applicable for businesses.

The Country pine should manage all the rules and regulations in order to manage and control different business operational activities to increase profits and production.

The Employment Act 2008: Employment act is an Act of UK parliament which helps to provide various provisions of UK labour law. The main purpose and responsibility of law is for economic stability of inflation and unemployment onto the federal government. Employment act helps employees by providing employment opportunities in order to achieve satisfaction and loyalty.

English contract law: The act helps employees to secure their rights and obligations. For an example, this will help workers in CP to claim against any discrimination activities and unfair decisions made by managers. This is the body law regulating all laws relating to contract into England and Wales. So company must be adhering and complaining to this law while they are formulating into contract between employer and employee of company.

In addition to this, there are some potential impact of laws in business such as Health and Safety act 1974, Compensation act 1897, Equality act 2010 and Harassment act 1997. This will include Safe use of dangerous equipment and machineries at workplace. Compensation benefits in terms of injuries and illness. Provide security towards harassment and activities related to the harassment and Equal opportunities for selecting pre-employment phase. A growing demand of CP in restaurant in terms of furniture and other equipment’s is increasing that an effective work force is required to manage production and profitability. Employees are the key of business success that there is an impact of employee’s legislation on business operational activities.

In addition to this, there are some key areas in which legalisation have a great and potential impact on CP in employment, consumers, competition, health and safety and environment. It can be said that good regulations is a good thing for business in order to run operational activities smoothly and effectively. This will help workers to secure their rights that help business to enhance profitability and production.

It can be said that CP should work to become a registered company in order to increase sales and profitability. Kevin Johnson is currently the CEO of organisation managing and controlling operational activities. The company should follow all the rules and legalisation regarding operational activities and employees in order to become a registered company which helps to increase capital and production. Business directors are responsible for managing all the activities at workplace.

Company Act 2013 will help to improve and solve such kind of issues. This will help to improve overall working environment in CP.  The Companies Act 2013 has insured this equilibrium of Power of obligation is kept up to most payment to the Stockholders and ensures corporate administrations to the maximal extent accomplished. This will help to utilise both penal and regulative measures, including functions to ensure the corporate structure of business is going good with legal holiness effectively. This will help business to achieve its desired goals and objectives of future development and improve working capital that helps to enhance productivity. Corporate governance also helps to create awareness towards director and duties. This will help towards overall development of CP in terms of workers and managing director as well as board members efficiently.

Nature of the registered company-

The company which is formulated with registration under the Companies act 2006 of UK is termed to as registered company. There are various type of companies under this like that of sole proprietorship, partnership, limited liability partnership and many more. Each of them is having different merits and demerits but the nature is same as all of them are having registration under same law.

The main purpose of board of directors will be ensuring prosperity of company with collective directing affairs related to company. With this meeting up of interest of all its shareholders and stakeholders will also be their role.

This will be applied at time when company is looking to expand its capital with raising additional shares in the middle of year. This would include debt capital as it involves borrowing money with contractual agreement to repay it with funds at later date.

The Act helps towards the concept of modest mobility. The act was established in 1866 in order to regulate enrolment, standard and wind up all the subordinates effectively. According to the companies act victuals every director shall be appointive by the organization in general assembly, provided they have been assigned the Director Identification Number (DIN) and on message of an announcement that he/she is not ineligible to become a managing directors efficiently. Roles and responsibilities are described below in the context of director:

In respect to this, after the registration, board of members and employees should follow all the rules and legalisation formulated by government in order to run business smoothly and effectively. The court of registered is increase capital within the three months, after the final date of subscription is to make as per the law. Additional capital can be borrowed from bank loans and directors are responsible for practice sessions to judge personal case within CP.

Alternative dispute resolution process: The process is very important for two parties in order to solve their problems, issues, conflicts and disputes effectively. The government also supports ADRM that it helps to reduce chances of making claim in the court which helps to save time. The method is very effective that it creates an interrelationship between two parties in order to assess and solve their issues and disputes.

Conciliation and mediation: Mediation and conciliation is free and easy to use. This will help two parties to solve their issues and disputes that it is less formal than arbitration. The main objective is to make both parties happy.

Adjudication: It is based on written documents which are provided by both parties and it helps to determine issues and disputes. It is less formal than arbitration and also easy to use. The method is approve by charted institute of arbitration and focus on main areas causing issues effectively.

Arbitration: Arbitration method use an arbitrator which helps to analyse issues an disputes between two parties and try to solve them with paper evidences. Arbitrator is legally bind that the decisions made by him or her are the last solution for business and they are not able to go through court procedure in case of dissatisfaction.

According to the case study Country Pine import their timber from Poland and arrives in the form of flat backs. There is some occasion where the flat packs contain defects effectively. According to them, polish suppliers refund them for the damages. Arbitration will be the effective method for both parties in order to solve their issues and disputes by managing an arbitrator. This will be done by both parties approval which will help to make a solution for both parties. The company would be best using ADR as solution as this would be including lower cost and timely decisions could be taken that too outside the court only. The best advantage of this process is as this would take no time to come on to specified solution which is agreed upon by both the parties.

It can be analysed and concluded from the above report that the English legal system involves criminal and civil laws applied in England and Wales. The statutory laws documents are also known as government provisions and bill. The Country pine should manage all the rules and regulations in order to manage and control different business operational activities to increase profits. There are some a key area in which legalisation has a great and potential impact on CP in employment, consumers, competition, health and safety and environment. 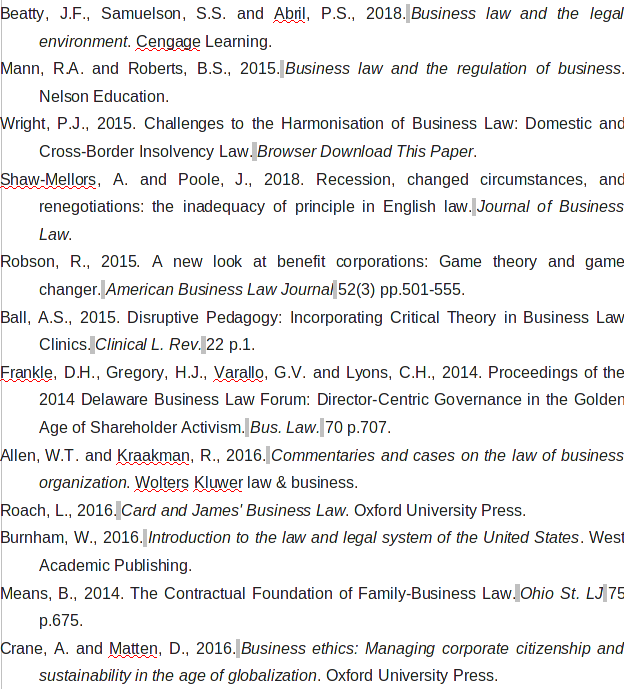