In this current report we would be taking out correlation between GINI index and Openness of two countris namely Poland and Paraguay. Then there would also be included Stolper-Samuelson theorem which is telling about relative price of product with its price of ot

Report and interpret relationship between Openness and the GINI Index for each nation.

So when there was correlation that was taken of both Openness and GINI index the relationship which was taken out to be +1. This would be clearly denoting that if GINI index of Poland would be increasing then the Openness of Poland would also be increasing and vice versa. Same is the case with Paraguay if one is decreasing other one would also be decreasing on equal amount. 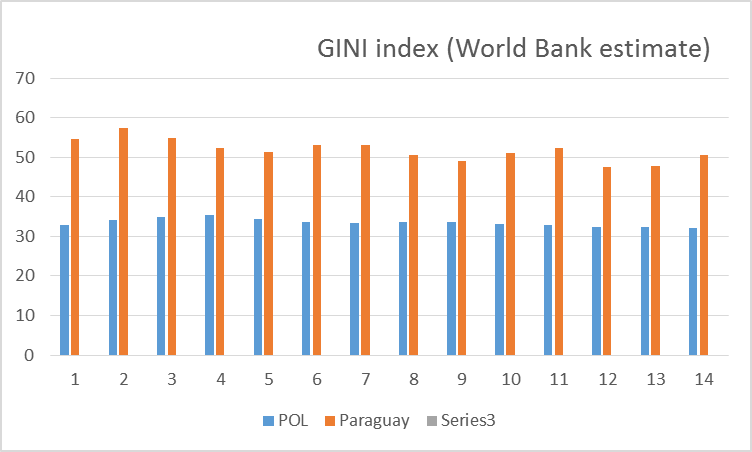 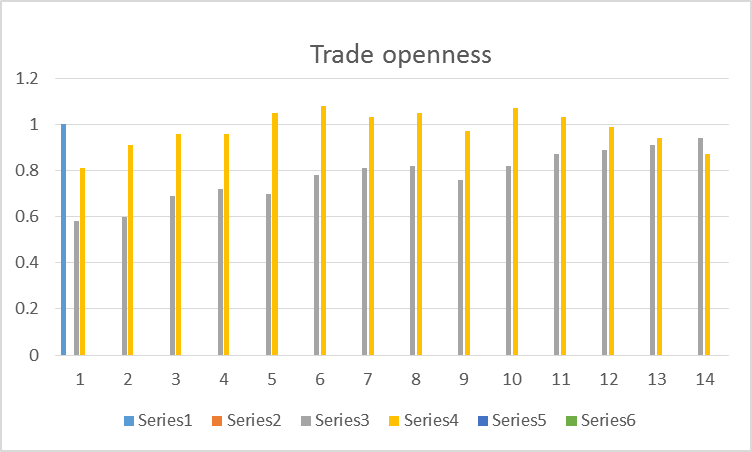 During the time within any kind of industry if economic profits is zero and there is positive relationship between production what would be the change in level of output if the price of factors are affected that is either they are increased or decreased. Then after this there would be analysed the impact on income of factors of production when the country is moving from self-sufficient towards the free trade one and even at that time when they are imposing tariffs under the Heckscher-Ohlin theory (Khemili and Belloumi, 2018). In this case there is always the assumption of perfect competition within markets and production is also occurring into industry at this time the profit would be reaching to 0 this is known as Stolper- Samuelson theory.

Like in this case where there are two products which are steel and clothing and labour are getting their respected wages and producer is also paying rent on capital. So the relationship between relative prices with that of others factors of production like that of rental rates of capital and real wages of labours would be included into this theory.

Explain whether data agree or disagree with the Stolper-Samuelson theorem.

In this part it is to be assumed that both Poland and Paraguay are unskilled labour abundant countries which mean that both nations are producing only labour intensive products and exporting it. While on the other hand both of them are not producing any capital intensive products and they are importing them from other nations. This means that that labour would be more mobile and training could be there of them and they are supposed to earn wages in return to their service provided (Chaudhuri and Biswas, 2018). So in both these countries there are workers but they are all unskilled one so this would not certainly hurting any other country or their workers which was included into Stolper-Samuelson theorem.

It was argued in this theory that if they are removing all sort if tariff on labour intensive goods then this would intern be depressing wages than that of price of products. the correlation between the GINI index and openness of economy of Poland and Paraguay was coming +1 which tells that if wages would be increasing this would be leading to more production and thus the country would be able to trade with other countries of world.