Organization behaviour may be defined as the study of the performance of group and individual in the organization. It also studies the activities which happen in the company. .This report is based on the case study of Sharpe Designs. It is a successful software company and operating its office in West London. In this report, an attempt is made to understand the organisation behaviour of the company. In the first part of report, an understanding is made to know about the culture of the company by using one typography model. In the second part, it focuses on the level of motivation among employees of the firm. Apart from that, in the third part of report an understanding is made to understand the situational leadership.

1. Type of the Culture that was Evidence at Sharpe Designs

Organisation culture is basically a set of ideas, values, beliefs and ideology of the organisation and individual (Shajahan, 2007). A culture of the Sharpe designs is described by the Charles Handy Model. According to this model, there are four types of culture which are followed in the organisations. These are power, role, task and the person culture. Their roles are described as follows:

1. Power Culture: In the power culture, the authority remains with few individuals. In this culture, only a few rules and regulations are made in the organisation. So this culture is same as the culture in the Sharpe Designs. In Sharpe designs, a flat organisation structure is followed in which 3 directors are appointed to lead the teams which are related to sales and marketing, accounting and finance and product design. In project department of the company, they should also report their work to the line manager. In this company, all the decisions are taken by the management (Einarsen, Aasland, and Skogstad, 2007).

2. Role Culture: This culture also exists in the Sharpe Designs because the company operates their work by following flat organisation structure and different departments are made in the organisation like sales and marketing, accounting and finance as well as product and design. In this structure, all the roles and responsibility are delegated to the people according to their department (Poston, 2009).

3.Task Culture: Task culture may be described as forming a special team when a company has to solve any problem and deal special project. The task culture is also operated in the Sharpe design because in the product design department they include two people from other departments for input and who has expertise in the field. This is adopted by the company because they believe that it is an innovative approach.

4. Person Culture: In that culture, all the individuals believe that they are important for the organisation because various policies are made in the Sharpe Designs for the individuals. The company adopts employee engagement and they reward the workers. Some employees also run very kinds of the schemes in the organisation individually. (Zalenski and Raspa, 2006).

2. Assess the Level of the Staff motivation at Sharpe Designs

1. Physiological Needs: This is the basic need of any individual which includes food, water, warmth and rest. According to this need, the level of motivation among employee is high because Sharpe designs provide a good workplace to their workers. The place of work is bright, vibrant and of the open design. The pay of the employees is also favourable and it is more than other workers of other organization (Chand, 2015).

2. Safety Needs: Safety needs comprises of security law, order etc. the level of the satisfaction for this need is high because the company gives various kinds of the perk and insurance policy to employees. Like, they have provided with the free doctor visit, restaurant, gym, spa etc.

3.Social Need: This needs consists of friendship, relationship, affection and love from work group, family, friends etc. the level of motivation among employees of Sharpe design is very high. The company provides various kinds of facility to employee where they can interact with each other. They can also chat with other employee. The company provided the employees with communal areas in which they interact with other employees.. The company has also launched various type of the employee engagement program where all workers are involved in the decision making process (Bjugstad and et.al. 2006).

4. Esteem Need: This needs include achievements, mastery, independence, status self respect etc. according to this the level of the motivation among employee is high because the employees are provided with various kinds of the rewards for their work. The organization provides different roles and responsibility to employee and employees get respect from the company. The achievement level of employee is also very high because they give good productivity to company.

5. Self-actualization Need: This needs includes realizing the personal potential, self fulfilment, personal growth and peak experiences. The level of motivation is low because an employee of the company did not realise the importance of the personal growth. For any work, the firm has to encourage the employees for the work as without it they will not be able to perform effectively (Chen and Silverthorne, 2005). 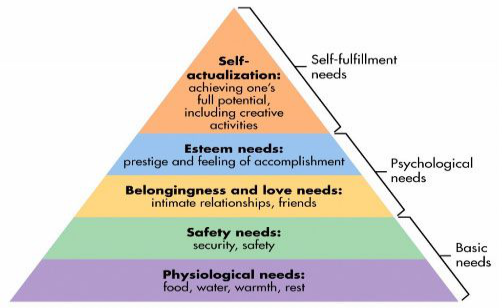 3. The Usefulness of Hersey and Blanchard’s Model of Situational Leadership in Explaining Steve Linford's Approach

As Samantha is not self motivated, but they are successful in their work at Sharpe Designs because they are guided by the Steve Linford. He has to guide the Samantha at many situations so they use Hersey- Blanchard situational leadership model. This model is very helpful because by it they can easily provide direction to Samantha for handling the situation and the problem. According to this model, there are two principles in situational leadership, one is leadership style and other is the maturity level of the people. The first principle style is based on the four styles (Counsell, Tennant and Neailey, 2005). These styles are: telling, selling, participating and delegating.

1.Telling/ Directing: In this, the Steve Linford's has to focus on tasks which are given to the Samantha and they do not have to emphasize on their relationship. As Samantha is not very confident at their job and afraid of doing the work. So According to this, style Steve Linford's has give the work to Samantha. They also gave advice to her that she should follow an appropriate structure for the work on their position. They are not concern about their relationship. According to this, they have to identify as why Samantha is not self motivated (Hooke, 2007).

2. Selling/Confidence: According to this, if Samantha has done her work successfully first they will try to de-motivate Samantha so she can not gain overconfidence in their work. According to this style, they always hear to the Samantha that what she thought for the particular problem and always tell the improvements which she have to make in her work.

So by adopting this style this model is helpful for the Steve Linford's in guiding Samantha at their work because they have lack of self belief in their task. She thought that she is very small for that job position. So, by following that model Steve Linford's guides Samantha in a better way (Lowe, Likens and Cosentino, 2006).

From the above report it can be concluded that organisation behaviour plays a very important role in Sharpe Designs. A report throws a light on the organisation culture of the company because a relocation decisions which has been made is beneficial. All employees are satisfied with job which results in increasing productivity. But when the decisions has made of relocation, all the employees were dissatisfied with the company and they wanted perfect leadership to carry out the activity. So company has to follow a perfect leadership in their organisation to understand the behaviour of employees.

Download Full Sample
Cite This Work To export references to this Sample, select the desired referencing style below:
Assignment Desk.(2022) Retrieved from: https://www.assignmentdesk.co.uk/free-samples/business-assignment-help/organisation-behaviour-of-sharpe-designs
Copy to Clipboard