Strategic management can collectively be defined as the process through which a company can make several strategies for managing its operations and utilizing its resources. This report describes the situation faced by oil and gas sector of UK and the down trending market which affects companies operating in this sector. Profit figures for this period were comparatively low as compared with the profit figures of companies operating in this sector (31Buckley and Casson, 2010). This report showcases financial data of Dana Petroleum plc and also showcases its strategic management decisions which are taken by the management of cited entity to fight from the adverse situations faced by company due to downfall in market of oil and gas sector du

Dana Petroleum plc is a company which work in oil and gas and this company is established at Aberdeen which is in United Kingdom. It operates over North Sea, continent of Africa and The Middle East. Its parent company is Korea National Oil Corporation. Year 2014 to 2016 can be considered as an adverse period for companies working in this sector as in this period profitability of various companies including Dana Petroleum plc had been affected adversely and it is very low as compared with their earlier profit figures of several years. In year 2013, Dana Petroleum plc has made progress in group's principal development project. This project of cited firm has been operated at Northern North Sea of UK(Buckley and Casson2010). At the end of 2013, parent company of Dana Petroleum plc has decided to acquire two licenses in the name of its subsidiary company. In the year 2014, the firm acquired the Danish licence Triton FPSO is a major project which is operated in United Kingdom. In this project, Dana Petroleum plc is a non operated partner, holding 28.3% share. Dana has been operating this project from year 2012, till 2016. Strategic objectives of Dana Petroleum plc for these years were to achieve a better workplace so that there will be minimum chances of miss happenings. They need to involve certain technology so that they can work in core areas in order to make environment better. As in the year 2014, 2015 and 2016 the market of energy sector was not on hike so the companies which were operating in this sector were facing lot of problems during this period in relation with productivity and profitability(Eden and Ackermann,2013 ). Management of Dana Petroleum plc has implemented certain drivers which brought changes in financial position of the firm. They have managed their financial sources and started investing them in projects which can earn continuous return on a regular basis. In the first quarter of 2016, Dana Petroleum plc has increased the production level which was nearly about 4.4% as compared with the level of total energy production during the year 2014. Consumption of primary energy fell down by 4.4 percent due to downfall in the year 2016. Final energy consumption which excludes non renewable energy sources has decreased by 1.2 percent as compared with first quarter of 2015(Freeman, 2010). Renewable electricity generation was 23.2 Twh during the first quarter of year 2016. Further, if this figure has been compared with figure of year 2014 or 2015 then there is an increment in generation rate by 6.4 percent.

During the year 2016, Dana Petroleum plc has made certain decisions so to maintain the profitability in the market which is facing severe downfall. These decisions include changes made in oil and gas tables. Dana Petroleum plc with all other companies working in oil and gas industry have collectively taken a decision regarding fixed tariffs so that nobody can take advantage in competitive environment during the period of recession and other firms will not get affected adversely. Use of renewable sources was motivated because these sources are mostly Eco-friendly so that the fuel would not harm the environment. Other than this, total energy production for year 2016 was 33.3 million tonnes which is 4.4 percent higher than previous year. Oil production was increased by 17.3 percent as compared with the figures of year 2015. In year 2015, production of natural gas by Dana Petroleum plc was comparatively low as compared with figures of 2016 because in year 2016 production of natural gas by the cited firm has been increased by 6 percent. UK was the net importer of oil and oil products in the year 2016 as its total import was nearly about 4.7 million tonnes but in year 2015 it was 6.6 million tonnes.

Business environment is dynamic in nature and the situation of business changes as per time. It never remains same and it keeps on changing hence the management of Dana Petroleum plc needs to manage their strategies in a way so that they can cop up with the changed situations. Modifications are there in every business entity, But how to respond towards these changes depends on type of business(Gayle,Tewarie and White Jr,2011). For Responding towards the changes firstly needs a proper understanding of changes so that management can make proper strategies in accordance with such changes. The model to understand and respond towards changes was propounded by Kurt Lewin in year 1940. Generally, it is known as Unfreeze-Change-Refreeze which clearly defines the process through which management of Dana Petroleum plc can respond towards changes which they are facing during the year 2014, 2015 and 2016. These stages are defined below:

Unfreeze: This is the very first stage of Lewin's model to understand the changing situations in the business environment. First stage defines that in order to get success in changes; an organisation is required to accept the changes. This stage of change model defines that why the existing methods to deal with the operations can’t work out in the changed scenario(Hill, Jones and Schilling, 2014). For developing Dana Petroleum plc, management is required to work on the core areas.

Change: After examining the uncertainties in the first stage of this model, management of cited entity needs to examine the way to deal with changes so that they can attain profitability and development in long run against unfavourable situations. They need to find innovative and unique methods for dealing with changes so that they can ascertain a new way towards the success. The transformation from the stage of unfreeze to change is not a process which can happen in just one day as this needs a lot of research and analysis over the market by managerial personnels so that they can acquire adequate information about various trends and factors which can affect business operation of cited firm. There is a fact that changes brings opportunity to get success hence it is necessary for management to mark up those opportunities and make certain innovative steps in accordance with the changes so that those opportunities can easily and effectively exploited for bringing out better In the recession period between 2014 to 2016, the DANA petroleum can adopt many techniques like by producing natural gases etc. so they don't only have to adopt the new technology but also have to implement it in more innovative manner(Hitt, Irel and Hoskisson,2012). Because the changing of technology not ensure the success. The external factors influences the business, in oil and gases sector there are very few companies which are engaged in it. So the DANA can become the leading by using the techniques in a best effective way.

The implementation of new technology is not complete the thing but the appropriate labour work helps it. Not only it helps the firm but it also helps in removing the recession by giving jobs. The new technology of production of natural gases by natural means can also improves the skills of formal workers but also develop skills in new workers.

The production of CNG on the place of petroleum also helps the country for import less from other countries and it helps in getting out from the situation of recession.

They have to produce wind energy so they can generate electricity and it also helps them to protect the environment.

The company do not have to share the power of decision making with others. They have to work according to the system not against the system. The firm have to adopt changes and fight with those situations and become able to get recover from that.r results.

Refreeze: After successfully implementing strategies in accordance with the first two steps then managerial personnels needs to refreeze at that position. Because at this moment changes are made and people who are working in cited entity are actually working appropriately so as to manage such changes(Keupp, Palmié and Gassmann, 2012). Outcomes of refreeze is consistent performance of work force and rapid growth against changes. This stage ensures the management of Dana Petroleum plc that changes and its beneficial factors are implemented effectively in daily operations of business. 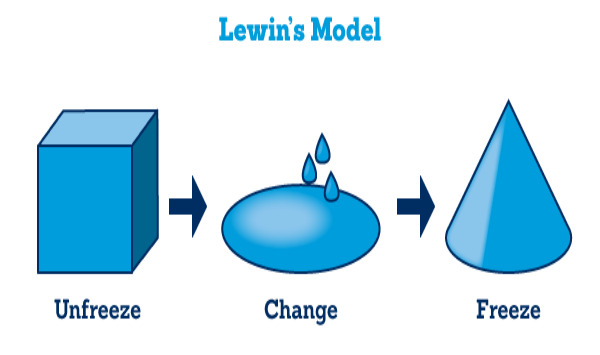 The Role of Leadership in a Change Management Process

Leaders plays a vital role in any organisation so that they can work more efficiently and can generate better results which are beneficial for any organisation in which they are working. They play a crucial role in change management in order to respond positively against the changes. Changes are needed to deal in a better way so that opportunities which lies inside such changes can easily be exploited in order to get maximum possible returns(Molina-Azorin, 2012). In order to carry on with new demands and to satisfy customers with better products an organisation needs to cooperate with changes. This responsibility to make better strategies in order to achieve success during the period in which changes are going on, is of a leader.

A leadership strategy is essential for making changes which are successful and can generate better revenue for the profitability of cited entity. Leaders needs to bear certain personal needs so that they can personally handle the situations and it also assist them to inspire their subordinates through their efforts(What is the role of leadership in change management?. 2015). Leaders needs to analyse market trends and adverse situations so that they get informations about various factors like unavailability of non renewable energy sources and increase in the price of crude oil. These are some basic factors which can affect the operations of Dana Petroleum plc. Crude oil is mostly acquired from Arabian countries hence there may be some political factors between UK and countries like UAE which can affect the operations of cited firm. Hence leaders of Dana Petroleum plc needs to analyse over the national as well as the international market so as to gather all information about factors which are caused a downfall in the market of oil and gas industry(Noland and Phillips, 2010). After getting such information leaders needs to find the best alternative out of various solutions which fits in the present scenario. There are some key procedures which are needed to be followed by leaders of firm which are mentioned below :

They need to implement such strategies and plans which are flexible so that in case the situation changes then they can mould those strategies in accordance with the changed circumstances.

Leaders requires to identify that how their own performance can affect organisational performance in long run. 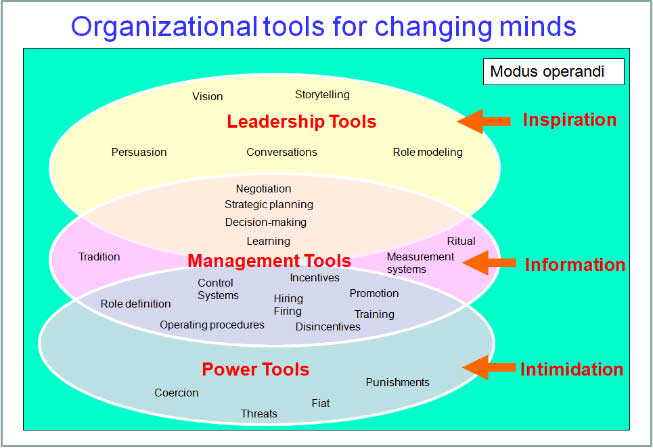 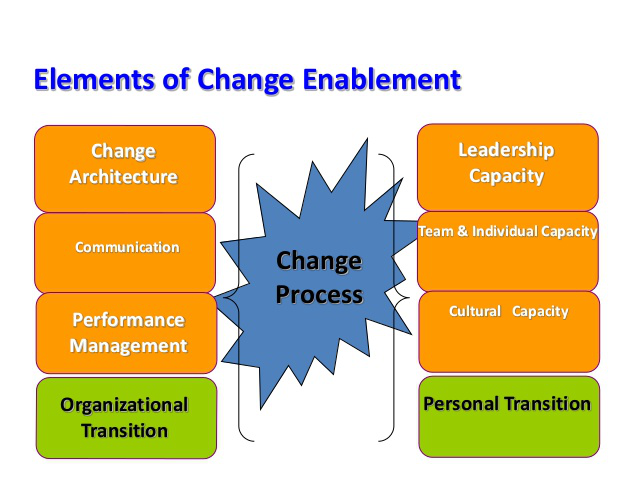 Recommendations on how the firm can improve its change management process

Few more samples of our work-

In the above report various figures are mentioned of Dana Petroleum plc and oil and gas industry. Through these figures and facts it can be ascertained that how management can make various decisions through implementation of better strategies and effective policies. In this report different type of expansion plans which are organised by Dana Petroleum plc is mentioned along with their figures. Other than this readers can acquire the knowledge about the importance of leaders in cited entity and how they can affect entity through management of changes. The report is supported with Lewin's change management model.